Mr. Schulte is a co-founder, Chairman, Chief Executive Officer and President of CorEnergy. Previously, Mr. Schulte was a co-founder and a Managing Director of Tortoise Capital Advisors L.L.C. where, until 2015, he served on the investment committee. He is recognized in the industry as an expert on master limited partnerships and other financial structures for investing in energy infrastructure. Earlier, Mr. Schulte was a Managing Director at Kansas City Equity Partners (KCEP), a founding sponsor of Tortoise, where he led private financing for two growth MLPs. Before joining KCEP, he spent five years as an investment banker at the predecessor of Oppenheimer & Co., Inc. Mr. Schulte earned a Juris Doctorate from the University of Iowa and a Bachelor of Science in Business Administration from Drake University. He has earned a CFA charter, as well as a certified public accountant (CPA) designation. In 2017, Mr. Schulte was named into the Alerian Hall of Fame for Asset Management. In 2020, Mr. Schulte was named an independent member of the board of directors for Western Midstream Partners, a master limited partnership formed to acquire, own, develop and operate midstream assets.. 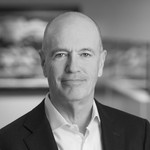 Mr. Grier is the Chief Operating Officer at CorEnergy. He has been in the energy industry for more than 40 years. Prior to joining CorEnergy, he spent 17 years as the CEO of Crimson Midstream, having pipeline operations in California, Louisiana and offshore in the Gulf of Mexico. Mr. Grier was the President and CEO of Crimson Resource Management, a buyer and operator of oil and gas producing properties for 24 years. He is also CEO of Crimson Renewable Energy, the largest biodiesel manufacturer in California. During each of the Crimson engagements, Mr. Grier was the founder and responsible for growing the entities from startup. Prior to that he worked for Mobil Oil company in various engineering and management positions. Mr. Grier has a Bachelor of Science (with honors) in Chemical Engineering from the University of Oklahoma and a Master of Business Administration from Harvard University.

Mr. Waldron is Executive Vice President, Chief Financial Officer and Secretary at CorEnergy. He has more than 20 years of experience in the energy, industrial and financial industries. Prior to joining CorEnergy in 2021, he spent six years as Chief Financial Officer at Crimson Midstream before it was acquired by CorEnergy. Before joining Crimson Midstream, Mr. Waldron worked for eight years in energy investment banking at Citi and UBS where he focused primarily on capital markets and M&A in the midstream sector. Mr. Waldron started his career in corporate R&D at Dow Chemical where he focused on design and optimization of Dow’s manufacturing processes. He earned a Bachelor of Science in Chemical Engineering from the University of Utah, a Master of Science in Chemical Engineering from Massachusetts Institute of Technology, and a Master of Business from Northwestern University.

Mr. Alexander is President of Crimson, California. He began his career as an engineer in the pipeline construction department at Shell Oil Co. During his 25-year career at Shell he held positions in project management, operations management, research and development, project coordination, joint ventures, environmental management, engineering management and business development. Mr. Alexander was instrumental in the formation of Crimson Pipeline in 2005 and has overseen its growth and development over the years. He is passionate about ensuring that Crimson maintain a company culture emphasizing the importance of operating with integrity, providing connectivity, ensuring reliability and ultimately serving their customers while protecting both people and the environment. Mr. Alexander received his undergraduate degree in Engineering from Louisiana State University and a Master in Business Administration degree from the University of California, Irvine.

Mr. Kreul, a mechanical engineer with more than 30 years of energy industry experience, serves as President of CorEnergy’s wholly-owned subsidiaries, Mowood LLC and MoGas Pipeline LLC, and oversees the operations of Omega Pipeline Company. Mr. Kreul’s career includes a previous stint as President of Omega Pipeline Company, nearly a decade at Aquila Inc. as a Vice President of Energy Delivery, and a position as Vice President of Inergy, L.P. His expertise includes strategic planning, profit and loss management, operations reengineering, and mergers and acquisitions. Along with his duties at Mowood, Mr. Kreul supports CorEnergy as needed to perform due diligence on potential asset acquisitions. He earned both a Bachelor of Science and a Master of Science in Mechanical Engineering from the University of Arkansas. 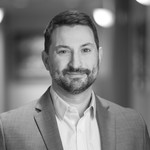 Mr. Huffman is the Chief Accounting Officer at CorEnergy. He has more than 15 years of experience in the energy industry. Prior to joining CorEnergy in 2021 he spent nine years as Chief Accounting Officer at Discovery Natural Resources, an upstream producer focused on the acquisition, development and exploration of oil and gas properties in the Permian Basin. Prior to that he was a Manager at Price Waterhouse Coopers LLP for seven years, serving listed energy upstream and midstream clients. Mr. Huffman holds a Bachelors of Business Administration and a Masters of Accountancy from the University of Colorado. He is a Certified Public Accountant.

Mr. Teeven serves as Vice President of Finance for CorEnergy, after joining the company in 2014 with more than 20 years of experience in private equity management and mergers and acquisitions in multiple sectors including energy. He served as a founding partner of Consumer Growth Partners, a private equity firm focused on the specialty retail and branded consumer products sectors, as well as 10 years with Kansas City Equity Partners. Earlier, he spent five years in the mergers and acquisitions industry as a senior consultant with KPMG. He received a Bachelor of Science in Finance from the Boston College Carroll School of Management and a Master of Business Administration from the University of Chicago Graduate School of Business, with a concentration in Corporate Strategy and Marketing Management.

Ms. Jackson is the Vice President of Engineering and Regulatory Compliance. She joined the Crimson team in 2013 after working for BP/ARCO for 33 years. Ms. Jackson has held a number of positions of increasing responsibility in Operations Maintenance, Engineering, Finance and IT at energy firms throughout the United States. Prior to joining Crimson, Ms. Jackson’s most recent position included serving as both Asset Manager and IT Manager with BP West Coast Petroleum Products Business Unit. Ms. Jackson holds a Bachelor of Science in Mechanical Engineering from the University of Wyoming and a Master of Business Administration from Seattle City University.

Mr. DeGon is a Vice President at CorEnergy and has nearly 20 years of energy industry experience. Prior to joining CorEnergy in 2017, Mr. DeGon was a Director at IHS Markit, through the acquisition of Purvin & Gertz in 2011, where he led and participated in well over 100 consulting projects focused on liquid storage terminals, pipelines, refineries, processing facilities and other energy assets, primarily in the U.S. and the rest of the Americas. His expertise includes market assessments, asset due diligence, project design, technology, schedule and budget reviews, as well as construction monitoring. Mr. DeGon had previously been a Senior Process Engineer at Shaw-Stone & Webster and a management consultant. Mr. DeGon graduated from the University of Texas at Austin with a Bachelor of Science in Chemical Engineering.

Vice President of Commercial and Business Development for Crimson

Mr. Taura is the Commercial Director for Crimson’s California Pipeline assets. He has more than 25 years of midstream experiernce, having joined the Crimson team in 2013 after working for Plains All American Pipeline L.P. for nine years. He previously worked for Shell Pipeline/Shell Oil Company. During his tenure at both Plains and Shell, Mr. Taura held a number of positions in Operations, Engineering, and Commercial & Business Development with increasing responsibility. Mr. Taura’s positions with Plains All American included Corporate Development Director and Project Development Director. With Shell Pipeline his positions included Manager of Business Development, Commercial Development Manager, and Manager-International Projects. Mr. Taura holds a Bachelor of Science in Electrical Engineering and a Bachelor of Science in Physics from California State University in Fullerton.